Tea and Biscuits and the Silent Auction at Malice Domestic 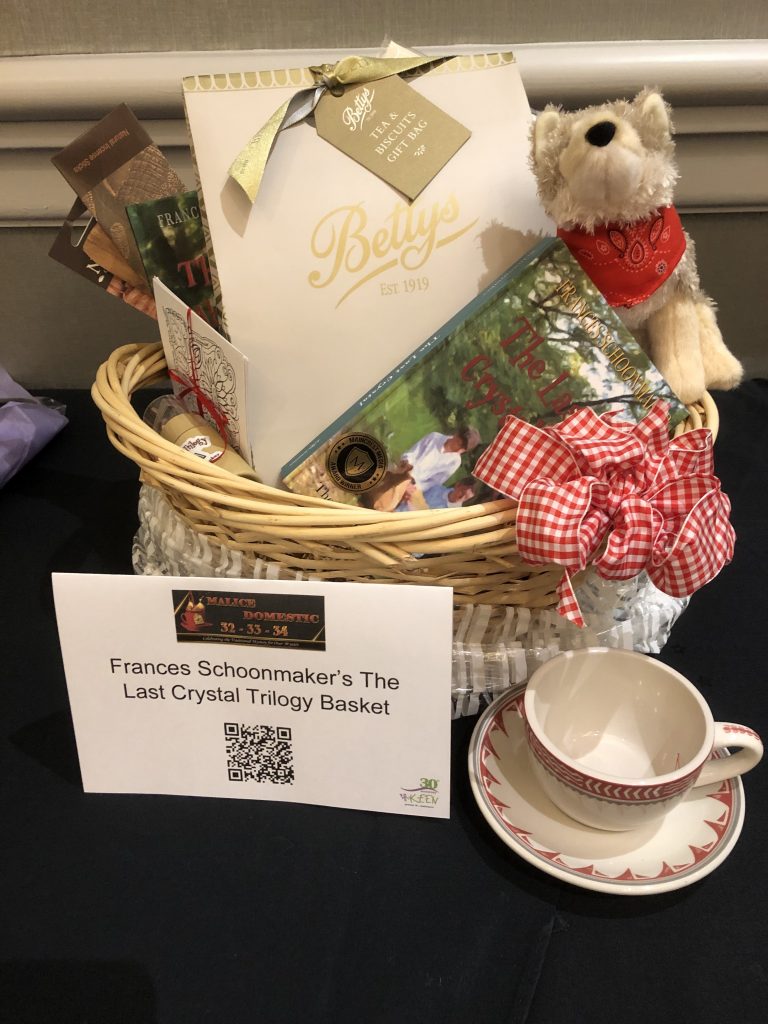 Tea and Biscuits from Betty's

I was very happy that my Silent Auction Basket at Malice Domestic went to someone who was delighted to win it.

Not only will she have the fun of drinking tea from a reproduction of the Mimbreno china created by Mary Colter for the Santa Fe Chief trains, but she’ll be able to brew a cuppa from Betty’s of York  to enjoy with their biscuits.

The Betty’s website reads, “Over 100 years ago a Swiss orphan disembarked a ship on the south coast of England and accidentally boarded a train to Yorkshire. It doesn’t sound like the beginning of a grand story but it is. It’s the beginning of our story.”

But how does that fit into The Last Crystal Trilogy? Fast forward to the 1940s. Betty’s had opened a new location in York after Frederick Belmont and his wife made a luxury trip on the Queen Mary. After the war began, it featured a bar, called The Dive. American servicemen (Canadian and US) carved their names in the mirror behind the bar. The mirror has been preserved and may be found in their York location. Below left is the exterior of Betty’s in York. In the center is a signature on the famous mirror. To the right is The Dive. Pictures are from the Betty’s website where you can order tea, biscuits and all sorts of wonderful confections.

Tea and Biscuits and The Last Crystal

In The Last Crystal, the Harrison children set out on the Santa Fe Chief train and the adventure that follows because their father has been injured in World War II. I like to imagine he found his way to Betty’s before being wounded in action. I’ve had tea there many times an I can promise that it offers a good cuppa.