2021 marks the 200th Anniversary of the Santa Fe Trail. It was an active road between Kansas City and Santa Fe between 1821 and 1877. While it was also one of the trails to the West Coast, along with the famous Oregon and California Trails, it was first and foremost a trade route.

It began with a man who was hard pressed for cash, William Becknell. In fact, he’d been put in jail for failure to pay his debts. Fortunately, a friend bailed him out and the judge promised to give him until January 1822 to pay up. Bucknell wasn’t the only one facing hard times. The Panic of 1819 left Missouri economically depressed. There was no banking system. Paper money was worthless. Gold and silver were the only acceptable method of payment for goods, if a market could be found for them. Markets were as non-existent as coin. After his jail experience and looking for opportunity, Bucknell decided to organize a trading party and make his way across the plains. 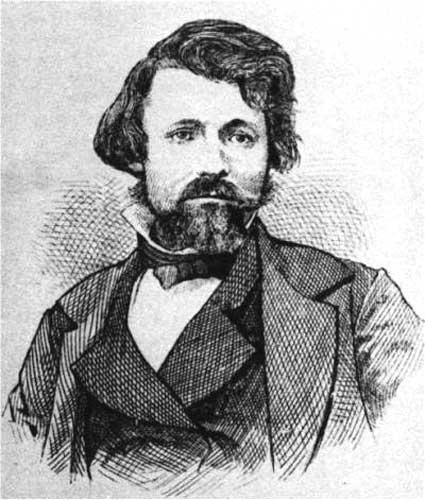 When Mexico gained independence in 1821, Becknell wasn’t the only one with an eye to establishing trade routes. Like Becknell, some were hard pressed by a slow economic recovery.  Looking west promised a way out.

In June 1821, the Missouri Intelligencer carried an advertisement by Beckknell calling for interested parties to sign on for a trip west “for the purpose of trading for Horses & Mules, and catching Wild Animals of every description, that we may think advantageous.”

Seventeen men, signed on, making the trip with Becknell along what became the Santa Fe Trail. His exact route between the Arkansas River and Las Vegas, New Mexico is open to discussion. In fact, we aren’t sure if he intended to go as far as Santa Fe. To me, the notice that he planned to trade for horses and mules suggests that he was headed to New Mexico. He wasn’t likely to find mules wandering through Kansas and Colorado. Whatever his intent, Becknell got to Santa Fe as the first trading party after trading restrictions were lifted. It was November 13, 1821. He returned with $6,000 in silver coin on an investment of $300. The trip was so profitable that he returned two more times, establishing the trail. After him, merchants took goods by the wagon load—sometimes 100 or more wagons, four abreast, made the trip.

Despite Covid 19, Celebrations of the Bicentennial of the Trail are planned. A 200 Anniversary website has been set up. Meanwhile, learn more about the Trail through The Santa Fe Trail Association and its quarterly publication, Wagon Tracks.

Photograph of Becknell is from Legends of America where you will find an interesting account of Becknell.