Hemingway Cats: Writers and Their Cats 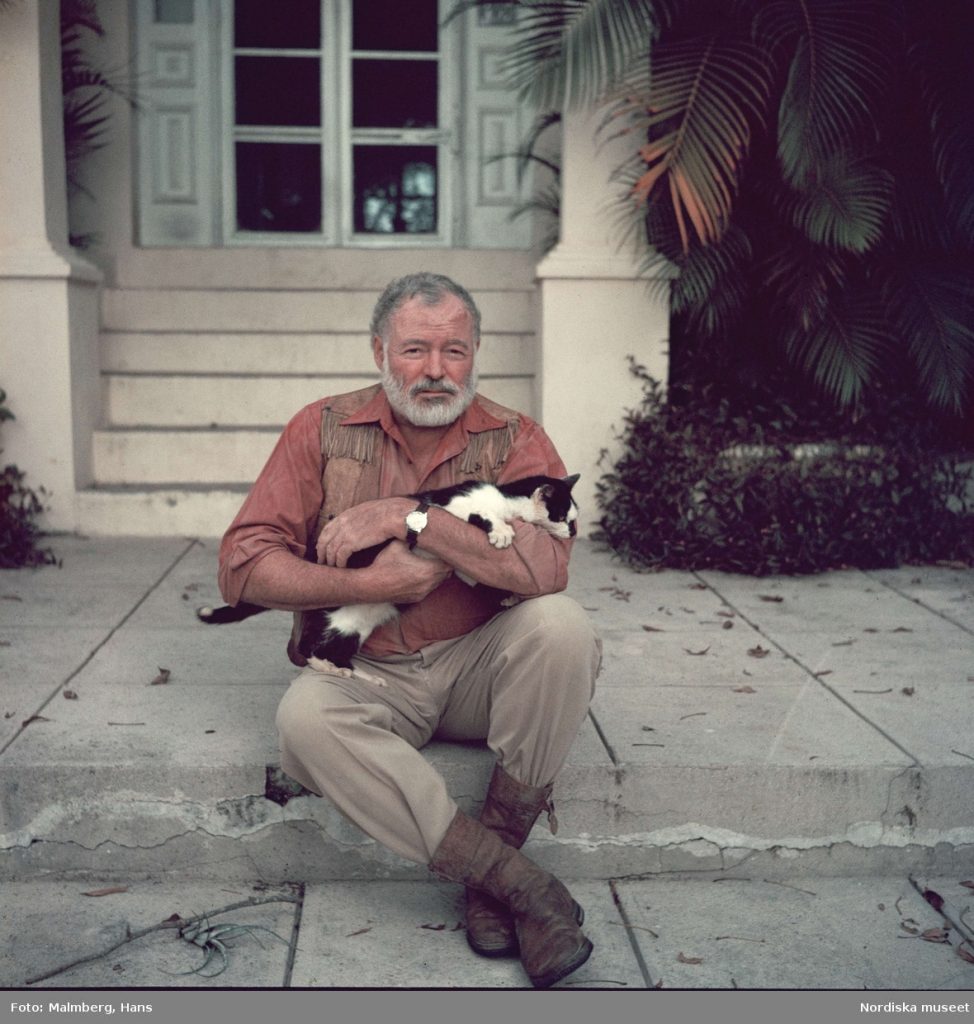 American author and journalist, Hemingway was awarded the Nobel Prize in Literature in 1954. He wrote seven novels as well as six short story collections and two works of nonfiction. Above, he holds one of his cats. The photograph was taken  in 1954 at his home in Finca Vigía, San Francisco de Paula, Cuba. He lived there during the last 22 years of his life, a period in which he wrote The Old Man and the Sea and Form Whom the Bell Tolls, two of his most famous works.

Hemingway was also known as a man who had a soft spot for cats. In the 1930s he settled in Key West, Florida. Hemingway’s most famous cat was named Snow White by his two sons, Patrick and Gregory. There seems to be some difference of opinion about how he came to have Snow White. Some sources name a sea captain Hemingway met in Cuba. Others place him in a bar in Key West, and name the captain as Stanley Dexter.

The 60-some cats who now live at the Ernest Hemingway House and Museum are one of its attractions. According to the website, about half of the thousands of visitors to the museum are there to see the mitten-pawed cats. Not all of the cats are polydactyl, but they all carry the polydactyl gene.

Snow White’s family tree blossomed, so much so that polydactyl cats became known as ‘Hemingway Cats.’

Below, Hemingway and the boys are pictured with their cats at home in Cuba in 1942. Whether in Florida or Cuba, Hemingway cats thrived. 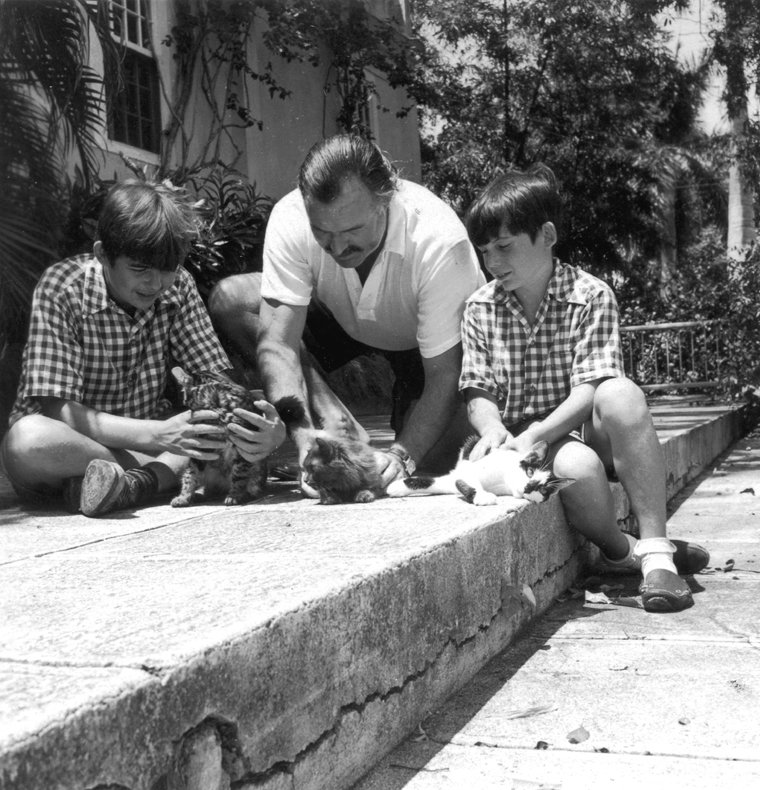 Hemingway continued the tradition started by his sons by giving his cats the names of famous people or fictional characters. The Hemingway Museum keeps up this tradition. Judy Garland, Amelia Earhart, and “Hairy” Truman are just a few of the names given to “Hemingway cats,” as polydactyl cats are sometimes called. (As far as I know they haven’t named one for me or any of my fictional characters, but, you never know. A cat named Grace Willis has a nice sound to it.)

It is unclear as to whether polydactyl cats originated in southwestern England and Wales or in New England. But it appears that cats were considered good luck to sailors. The extra digits were thought to make polydactical cats more effective in catching rodents. So they became international travelers. Like other sailors of old, some of them must have had a friend in every port–at least those along the coasts of England, Wales, the East Coast of the U.S. and Cuba.

They weren’t considered good luck in Europe, though. In fact, polydactyl cats were associated with witchcraft because of their “abnormal” number of toes. They were exterminated in years long gone. The cat below doesn’t have such worries. He sleeps in the Hemingway House garden in Key West.

Note: Attributions are given in links above. All photographs are in the public domain and may be found at wikimedia commons. Just follow the links.

PrevPreviousA Yankee in the Bard’s World
NextAlice Walker: Writers and Their CatsNext